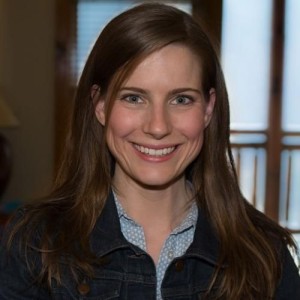 A South Carolina woman’s new essay about being raised by her lesbian mom contains a surprising revelation: she opposes marriage equality.

“Gay community, I am your daughter. My mom raised me with her same-sex partner back in the ’80s and ’90s,” writes Heather Barwick, a 31-year-old mother of four, in The Federalist. “I’m writing to you because I’m letting myself out of the closet: I don’t support gay marriage. But it might not be for the reasons that you think. It’s not because you’re gay. I love you, so much. It’s because of the nature of the same-sex relationship itself.”

“There’s nothing wrong with her sharing her experience — it’s an important conversation, and one that we have, and should have, all the time,” Gabriel Blau, executive director of the Family Equality Council, tells Yahoo Parenting. “But denying a huge swath of American citizens our civil rights is not an answer.”

Blau, who is raising a 7-year-old son with his husband, adds, “I think it’s disingenuous to say you don’t support LGBT rights and that your concern is children. Supporting marriage equality does not create our families — it creates support for families that already exist.” He adds that Barwick’s pain over the absence of a father “who chose not to be in the picture” and her conclusion to not support gay marriage represent two distinct issues, and that her connection of the two is “such a non-sequitur.”

Read the full article by Beth Greenfield of Yahoo! at: https://www.yahoo.com/parenting/daughter-of-two-moms-comes-out-against-gay-113987192687.html.