On November 4th, 2015 The Donaldson Adoption Institute kicked off National Adoption Month and a national town hall tour called “Let’s Adopt Reform.” The event, hosted by Bank Street College of Education, and simulcast online, had hundreds of participants. The panel was hosted by DAI’s CEO April Dinwoodie, and moderated by CNN’s Michaela Pereira and included five panelists who are connected to adoption personally and professionally. Learn more about Let’s Adopt Reform. 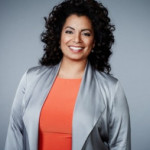 For nine years, Pereira was the co-host of “KTLA Morning News,” Los Angeles’ number one rated morning newscast. During this time, this program won nine Emmy Awards for “Best Regularly Scheduled Daily News” and one for KTLA’s live coverage of the Rose Parade. In addition, Pereira has been awarded with three Radio & TV News Association Golden Mike Awards: In 2006 for live coverage of a news story, “Urban Farm Eviction,” and the Best Daytime News Broadcast in both 2004 and 2006. She was also honored with two Mark Twain Awards in 2004, “Best Live Coverage of a News Event, Hostage Standoff Mexican Consulate,” and the “Best 60 Minute Broadcast: KTLA Morning News.”

April Dinwoodie is a nationally recognized thought leader on adoption and foster care. As Chief Executive of the Donaldson Adoption Institute (DAI), April is committed to improving laws, policies and practices through sound research, education and advocacy. She is also a co-founder at Fostering Change for Children, a progressive nonprofit that helps drive innovation in the child welfare system.

Before joining DAI, April created a specialized mentoring program called “Adoptment,” in which adults who were adopted and/or spent time in foster care serve as mentors to youth in care. As a trans-racially adopted person, April shares her experiences at workshops and conferences to help potential adoptive parents and professionals understand both the beauty and complexity of adopting children of another race.
Before she entered the non-profit world, April served as a senior level executive within the marketing and communications departments of some of the most recognized fashion retail companies including: Nine West Group Inc., Kenneth Cole Productions Inc., and J. C. Penney Company Inc., where as Divisional Vice President, she was instrumental in driving transformational change via brand engagement and publicity. Most recently, April served as the Director of External Media at JetBlue Airways, where she managed proactive and reactive communications.

On the agency side, April has worked with Fleishman-Hillard and Ruder Finn on campaigns supporting powerhouse brands such as Gerber, Subway and Cingular Wireless (AT&T). While at Ruder Finn, April championed a web-based teen anti-violence campaign (“Love is Respect”) for The Texas Council on Family Violence. The campaign helped to increase engagement and web traffic by 83% and garnered a WEBBY Award for Activism in 2007.

Amanda Baden, Ph.D. is an Associate Professor in the Department of Counseling and Educational Leadership at Montclair State University in N.J. She is a licensed psychologist with a clinical practice in Manhattan.

Her research and practice focus on adoption triad members, transracial/international adoption issues, racial and cultural identity, and multicultural counseling competence. She is on the editorial board of Adoption Quarterly and co-chairs the Biennial Adoption Initiative Conferences in New York. She was a columnist for Families with Children from China Journals across the U.S. and Canada and is an editor of the book, The Handbook of Adoption: Implications for Researchers, Practitioners, and Families. In 2005, she received an Angel in Adoption Award from the Congressional Coalition on Adoption Institute.

Gabriel Blau is a nationally acclaimed advocate for LGBTQ families and their communities. For more than 15 years his work has focused on LGBTQ rights, faith, and equality.

He served as the Executive Director of Family Equality Council where he and his team pursued a strategy to reframe the very notion of family values through policy, community engagement, and public education to expand the national conversation about children, parents, and what it means to support families in America. He has been called “A dad fighting for all dads” and has represented these issues on television, in newspapers, and in front of legislators.

He is also the founder of the former God & Sexuality Conference at Bard College and a member of the board of advisors of the LGBT Religious Archives Network. He was named one of The Advocate’s 40 Under 40 in 2014, and honored by the Stonewall Democratic Club of New York City. He lives with his husband and their son in New York.

Leslie Pate Mackinnon, L.C.S.W., has maintained a private psychotherapy practice for four decades. She is in private practice in Atlanta, GA, where she works with individuals, families and groups.

Drawn to the field by placing her two firstborn sons for adoption when she was a teenager, her passion today is to educate as many therapists as possible before she drops! She has been involved in adoption education and reform for many years. Mackinnon, an expert on the complex issues encountered by these modern families, speaks nationally and internationally, and is especially committed to educating the psychotherapeutic community about adoption and donor issues. She currently serves on the Donaldson Adoption Institute’s Board of Directors. She has been on GOOD MORNING AMERICA w/ Robin Roberts, and on CNN discussing the impact of the Internet on adoption. She was featured in DAN RATHER’s investigative report; ADOPTION OR ABDUCTION and was most recently on the Katie Couric show along with her oldest son Pete. Leslie’s story is included in the book, The Girls Who Went Away, and the documentary A GIRL LIKE HER. 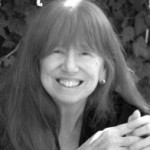 Joyce Maguire Pavao, Ed.D., LCSW, LMFT, was the Founder and CEO of Center for Family Connections, Inc. (CFFC – est. 1995-2012) in Cambridge, MA and New York. Adoption Resource Center was founded in 1978 and PACT (Pre/Post Adoption Consulting and Training) was established in 1982-becoming part of CFFC from 1995 to 2012. PACT and ARC are back standing on their own, as of March, 2012. Dr. Pavao is building comprehensive post adoption services throughout the Commonwealth of Massachusetts with Riverside After Adoption Consulting and Training (AACT) they are doing an extensive project with the Department of Mental Health in Massachusetts.

Dr. Pavao has done training, both nationally and internationally. She is a Lecturer in Psychiatry at Harvard Medical School, and has consulted to various public and private agencies, schools, and the court system. Additionally, she has worked closely with individuals and families created by adoption, foster care, and other complex blended family constructions. She has developed models for treatment and for training using her systemic, intergenerational, and developmental framework The Normative Crises in the Development of the Adoptive Family and her book The Family of Adoption (1998/2005) has received high acclaim. Dr. Pavao has received many awards and honors, including the Adoption Excellence Award for Family Contribution (2003), and the Angels in Adoption Award (2000).

Nathan Ross is the youth programs supervisor for Midwest Foster Care and Adoption Association and has a bachelor’s degree from Park University in social psychology. Nathan works with former and current foster youth on crafting their stories and advocating for positive systemic changes within the child welfare system. A former foster youth adopted at 13 years old, Nathan began using his own personal experiences as young adult to help resource parents and child welfare professionals better engage and support young people who have suffered from trauma. He has spent the last eight years advocating throughout the country for a system that fights against child abuse and neglect, and looks forward to the day when all children who enter care find permanency in loving, supportive homes.