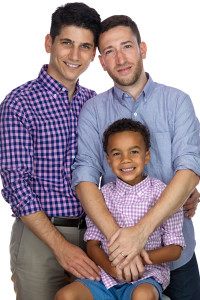 He founded the God and Sexuality National Academic Conference at Bard College in 1998 that brought together scholars and advocates to present lectures and workshops on gender, sexuality and religion because he “wasn’t finding the kind of leaders and resources” he said he needed as an LGBT person of faith. Blau later led the $18 million campaign to raise funds that would allow Congregation Beit Simchat Torah, an LGBT synagogue in New York City, to move into a new location in Manhattan.

Blau told the Washington Blade during an interview at his D.C. office that his faith background has proven an asset in his new position.

Read the full article in the Washington Blade by Michael K. Lavers at: http://www.washingtonblade.com/2013/10/10/family-equality-council-looks-future-new-executive-director-all-in-the-family/ .