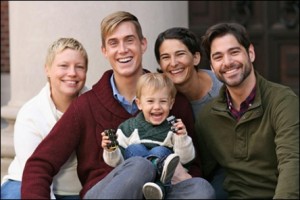 Playbill will celebrate its second annual Playbill Pride initiative with Family Day OUT, a June 13 event that invites LGBT families and allies to attend special performances of Disney’s The Lion King and Aladdin on Broadway.

“We are proud to partner with Playbill on this event,” adds Gabriel Blau, Executive Director of Family Equality Council. “The LGBTQ community has long and deep ties with the Broadway world. We are thrilled both groups can unite this day to celebrate our children and support equality for every family.”

Read the full Playbill article by Adam Hetrick at: http://www.playbill.com/news/article/family-day-out-event-welcomes-lgbt-families-and-allies-to-aladdin-and-lion-king-on-broadway-348104 .