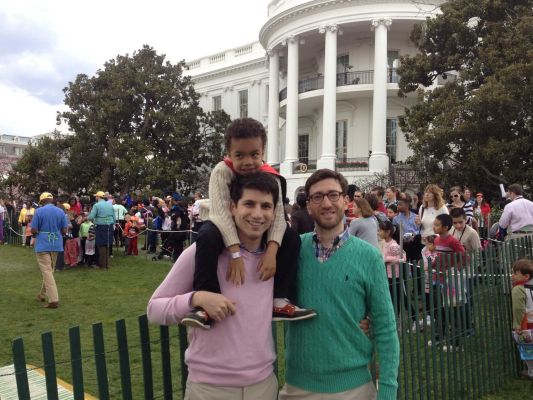 It was a dream they’d been holding on to for such a long time, even on days when things felt utterly hopeless. But now it could come true. They could each walk through the doors of their schools, greet their friends after summer vacation and proudly announce that their parents were married.

In the wake of Friday’s decision by the U.S. Supreme Court on same-sex marriage, this dream became a reality for the scores of children being raised by same-sex parents in the remaining 13 states where marriage equality had been unavailable. The justices have affirmed what more than 60 percent of Americans believe — marriage is a fundamental right that belongs to all of us.

As the executive director of Family Equality Council, the only national organization working to support and advocate for the rights of LGBTQ-headed families, I have heard children and their parents across the United States tell me just how important this Supreme Court case was to them.

We will now harness this momentum as part of our new, pro-family agenda called “Family Values Forward.” We will secure nondiscrimination protections in the provision of foster care services and will go state by state to pass second-parent adoption laws to ensure that no child being raised by LGBTQ parents goes unprotected. And we will partner with legislators and community leaders in the South to ensure greater legal security and lived equality for our families in that region, which has not only the highest proportion of LGBTQ people raising children, but also the least amount of security for those parents.

As the father of a 7-year-old, I know that what matters most today — especially to children — is the message of validation and equality that the court’s decision conveys.

This is why Family Equality Council thought it was critical to place the words of these children raised by LGBTQ parents in front of the justices of the Supreme Court. Our “Voices of Children” friend of the court brief submitted in March included quotes from more than 30 children, teens and young adults, most from states where same-sex marriage has been prohibited for their parents.

Kinsey Morrison, an 18-year-old freshman at Stanford University in California, who was raised in Kentucky along with her two sisters, was a named party on our brief. Her words are both compelling and typical of many of the others:

“When I was born, my moms set out to be good parents, and to give their children both roots and wings. The proof they succeeded isn’t that I got into my dream college, but how excited I am to come home.”

While we may disagree with opponents of marriage equality who are unhappy with the court’s decision, there is one thing upon which we can agree: Family is the bedrock of our society.

All parents like me and organizations that support marriage equality want is to improve the situation for families, especially the 6 million Americans with LGBTQ parents.

Today, we celebrate this important step toward equality and justice. The campaign for marriage equality has helped Americans gain a new understanding about the need to support families headed by same-sex couples or single LGBTQ parents.

Tomorrow, though, we resume our work. There’s still so much we need to accomplish. But the wind is at our backs. With the help of so many supporters, I know we’ll get there.

The voices of children urge us forward.

This article was originally published in Newsday at http://www.newsday.com/opinion/oped/same-sex-marriage-decision-is-just-the-beginning-1.10584426