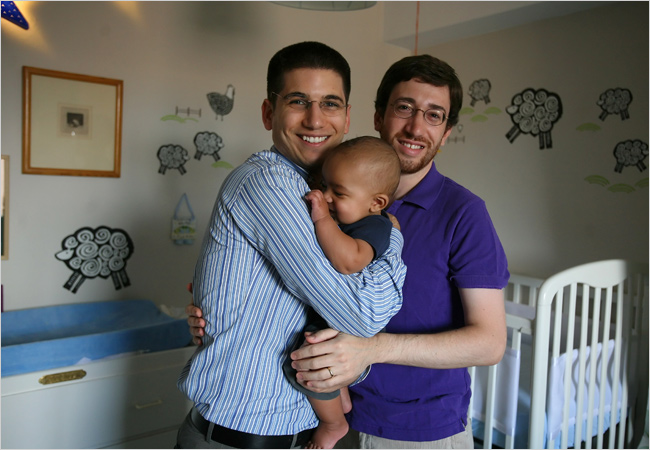 Gabriel Blau and Dylan Stein will be heading to Amherst, Mass., in a matter of weeks to complete a marriage ceremony they started two years ago.

At the couple’s Jewish wedding in a Hell’s Kitchen loft in 2006, they had a floral-embroidered chuppah, stomped on a glass in front of 175 friends and relatives, and were hoisted on chairs amid a hora-dancing throng. But one thing was missing: a marriage certificate.

This week, they called their rabbi to arrange another service, this one in Massachusetts, which on Thursday repealed a century-old law preventing out-of-state residents from marrying there if their home states would not recognize the union.

Because Gov. David A. Paterson directed New York Stateagencies in May to recognize gay marriages performed in other jurisdictions, Mr. Blau and Mr. Stein are among scores of couples expected to tie — or retie — the knot in coming months.